About Monster Oil and its Founders

Why Monster Oil? Because it was developed by three professional trumpet players/nerds who know EXACTLY what they need in a valve oil. Monster Oil was tested over the course of a year with some of the best brass musicians on all different instruments. We've put in the extra time on this project because...well, because theoretical astrophysics bores us, we can only teach ourselves so many languages, and the Constitution forbids the three of us from being President at the same time. You work hard enough to play your instrument---we don't want you to have to think about whether your valve oil is going to work today. That's why. 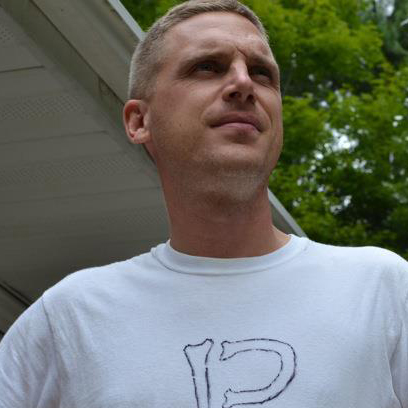 An original member of Menudo, Thomas became disenfranchised with the artistic direction the group was taking and quit so he could have time to learn the trumpet.  After six grueling years of studies in Michigan and Indiana, Thomas made off for the Windy City where he basked in the rich salary of the Chicago Civic Orchestra.  Living like a King off of endless amounts of money quickly became a bore, so Thomas decided on a more humble lifestyle and joined the U.S. Coast Guard Band.  If you follow a caravan of buses carrying school children and the elderly you may be lucky enough to hear Thomas perform some of the band's signature songs like "The Star Spangled Banner" or "Misty Mountain Hop".  He lives with his wife and son in Waterford, Connecticut and dreams of someday uniting the world in lubrication. 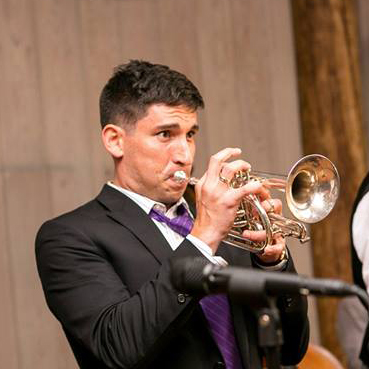 His Excellency Joel Baroody, Holy Relic Second Class, was birthed in the waters of the mighty Potomac River. He spent the next two years meeting the Pope, living in Saudi Arabia, and bathing in the soft embrace of the Dead Sea. On his second birthday, while wandering the Arabian desert, he happened upon a genie who foretold that Joel would return to his homeland and begin anew in Herndon, VA, to learn the family trade: scarecrowing. By the ripe age of three, Joel could scare sixteen types of bird, twelve types of lizard, and any human infant off of the family beefsteak tomato plants. Always an independent and innovative thinker, Joel figured that learning the trumpet could turn him into the best scarecrower in the land, and shortly took up studies at the University of South Carolina and the Cincinnati College-Conservatory of Music to learn how to play as loudly and frighteningly as possible. Building upon success throughout his schooling and encouragement from his teachers, he decided to audition for the most sinister and frightening band in southeastern Connecticut: the United States Coast Guard Band. Joel's legendary and terrifying audition left the fearful committee no choice but to declare him the winner. He now stands as an inspiration to trumpeters everywhere who aspire towards crassness and alarm. Joel now lives in Montville, Connecticut with his wife Abby and their pristine, perfectly untouched pineapple grove.

Chris hails from Orlando, which is Spanish for “Land of Great Lube”. With constant sunshine, and a caring and loving middle class family Chris quickly became successful and extremely attractive. One day his parents found him admiring his good looks in the reflection of a silver trumpet bell. They immediately recognized his talent and sent him to modeling school at Florida State University. From many years of practicing his dashing smile on trumpet bell reflections across the globe, Chris had developed a miraculous embouchure and switched over to the music department. His instantaneous success at the trumpet and impossibly good looks caused 37 women to drop dead of Craniorectal Inversion in one afternoon alone.  One day while helping ugly/weak-embouchured children in need Chris heard the U.S. Coast Guard Band on the radio. He instantly fell in love and asked for an audition. Once the committee saw his Herculean embouchure combined with his unmatched handsomeness, they accepted him without hearing a single note. Chris currently lives in New London, Connecticut and holds the title "Most Attractive Man in the State" 3 years running.